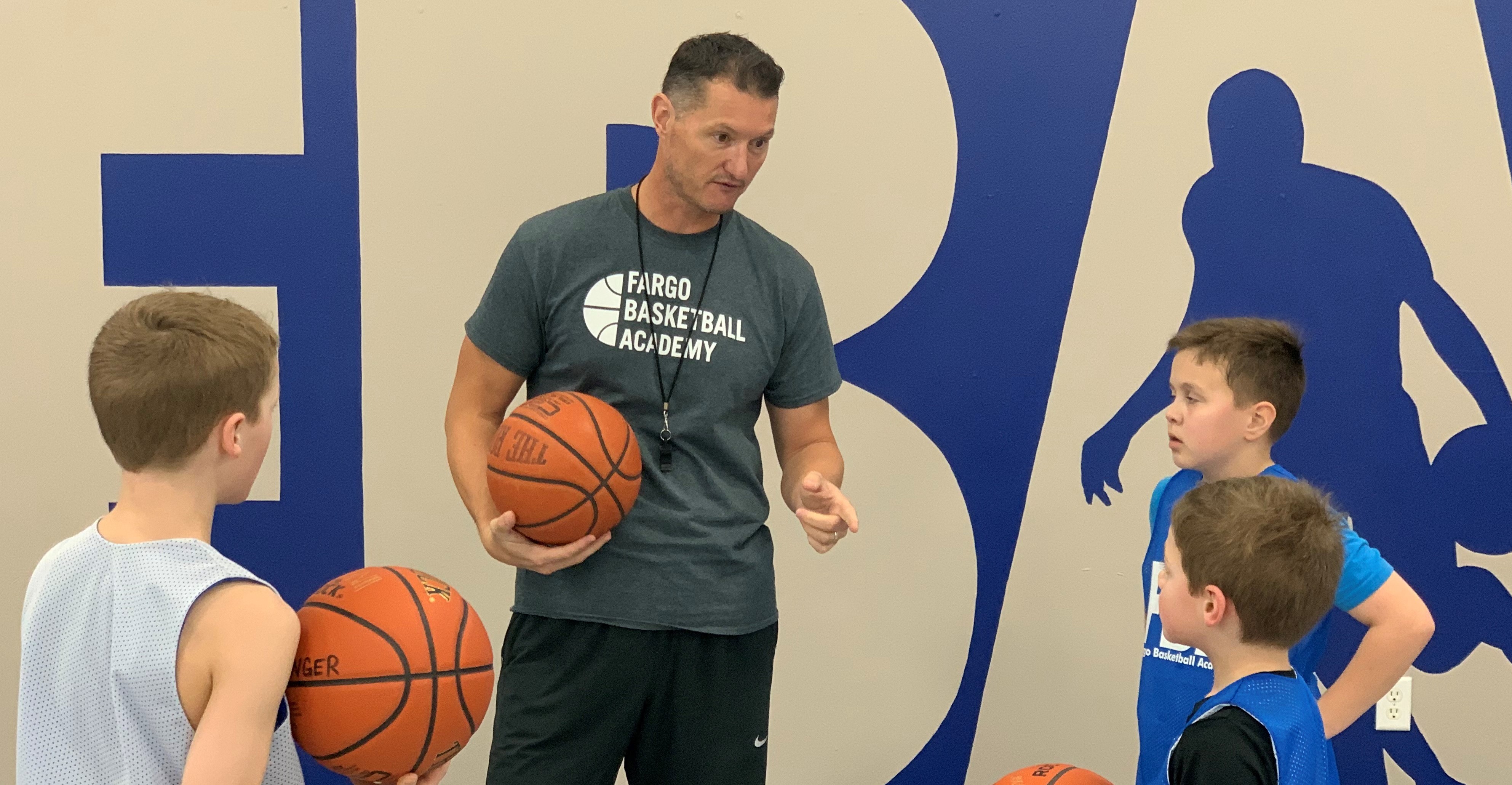 At the Fargo Basketball Academy, we have several instructors with combined decades of playing and coaching experience at all levels of the game. From team dynamics to position-based skills, our instructors understand every aspect of the game. No matter the player's age, our coaches can help them build the fundamentals and become a more complete, more confident player.

Other member of our staff are current college players or local coaches that work at FBA intermittently. Please reach out if you are interested in learning more about the qualifications of any instructor not currently listed.

Anna Vandevoort, a Fargo native, started her volleyball career as a standout player at Oak Grove High school. As an undergraduate, she then attended the University of Kansas and served as a team manager for the Jayhawks, who reached the 2015 Final Four and won the Big 12 in 2016. Prior to her return to Fargo, she also previously interned with USA Volleyball and served as both director of operations and video coordinator for Creighton Volleyball. Anna is a dynamic instructor that offers private lessons at Fargo Basketball Academy. Anthony has the gift for connecting with young developing players through his humorous banter. After his time serving in Kosovo and Iraq, Anthony returned to pursue his master's degree from University of Mary (Bismarck). He has spent the previous 9 years in area schools both as a classroom teacher and basketball coach. As a head varsity coach in Minnesota, he led his teams to playoff wins.  He is currently teaching and coaching at Central Cass and teaches the young athletes at Fargo Basketball Academy.

Cam Van Dam, Fargo native, was an all-star player at Davies High School. During his career, he was named first team all-state, first team all-EDC and all-tournament team. Since then, he has been a fan favorite instructing private lessons at Fargo Basketball Academy.

Emily Dietz started her high school career at Shanley where she was named second team all-state player and all-state tournament team as a senior in addition to being a two-time all-EDC selection.  After a successful high school career, she continued her time on the court at North Dakota State University where she played for five seasons with the Bison and eaned the title of Honorable Mention All-Summit Legaue in 2021. She finished her college career as the NDSU all-time leader in games played (131) and currently ranks fifth on the NDSU all-time field goal percentage. She loves the helping develop post-players and will continue her basketball career as a grad assistant coach at NDSU. At Fargo Basketball Academy, Emily offers private lessons in addition to offering speicialized post clinics. A native of Chesapeake, VA, Haley was a standout volleyball players which allowed her to serve as co-captain and four year starter at Hollins University in Roanoke.  Playing both outside hitter and libero during her college career, she developed a well-rounded repitoire in which she can provide high level instruction for players in many positions. Her passion for the game then took her into coaching where she spent post-college years coaching in middle and high school programs around the Chesapeake, VA area. She recently served as assistant volleyball coach at Shanley and offers occasional private volleyball lessons at Fargo Basketball Academy.

Josh Dixon currently plays basketball at Mayville State after a standout high school career at Central Cass. In high school, he served as team captain and was named to the all-region team three years running for his work in the post. When he's not on the court, you'll catch him cheering on the Timberwolves or Vikings. In addition to co-coaching clinics and classes at Fargo Basketball Academy, Josh also offers private lessons for players in the post. 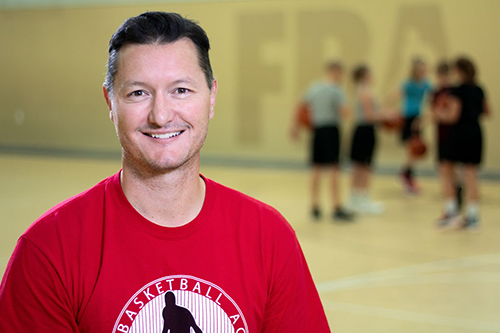 Josh Johnson is the director of the Fargo Basketball Academy and Shoot360Fargo. With more that 30 years of playing and coaching experience, Josh understands every aspect of the game and how to help developing players improve their skills.

Josh grew up in rural Washington state, where he played college basketball and first got into coaching. Josh moved to Fargo in 2005 and established Dakota Prep Basketball, which specialized in organizing local youth basketball tournaments.

Josh’s background in education has aided his ability to teach basketball to young players. As director, he’s committed to ensuring the Fargo Basketball Academy will remain an enjoyable and effective outlet for players to learn fundamentals and grow their passion for the game. Katie Johnson, a Fargo native, spent countless hours in the gym playing volleyball for Fargo North. After graduating from Augustana College with a degree in education, she spent seven years as a middle and high school math teacher and volleyball coach. She has two sons and enjoys sharing her love of sports with them. 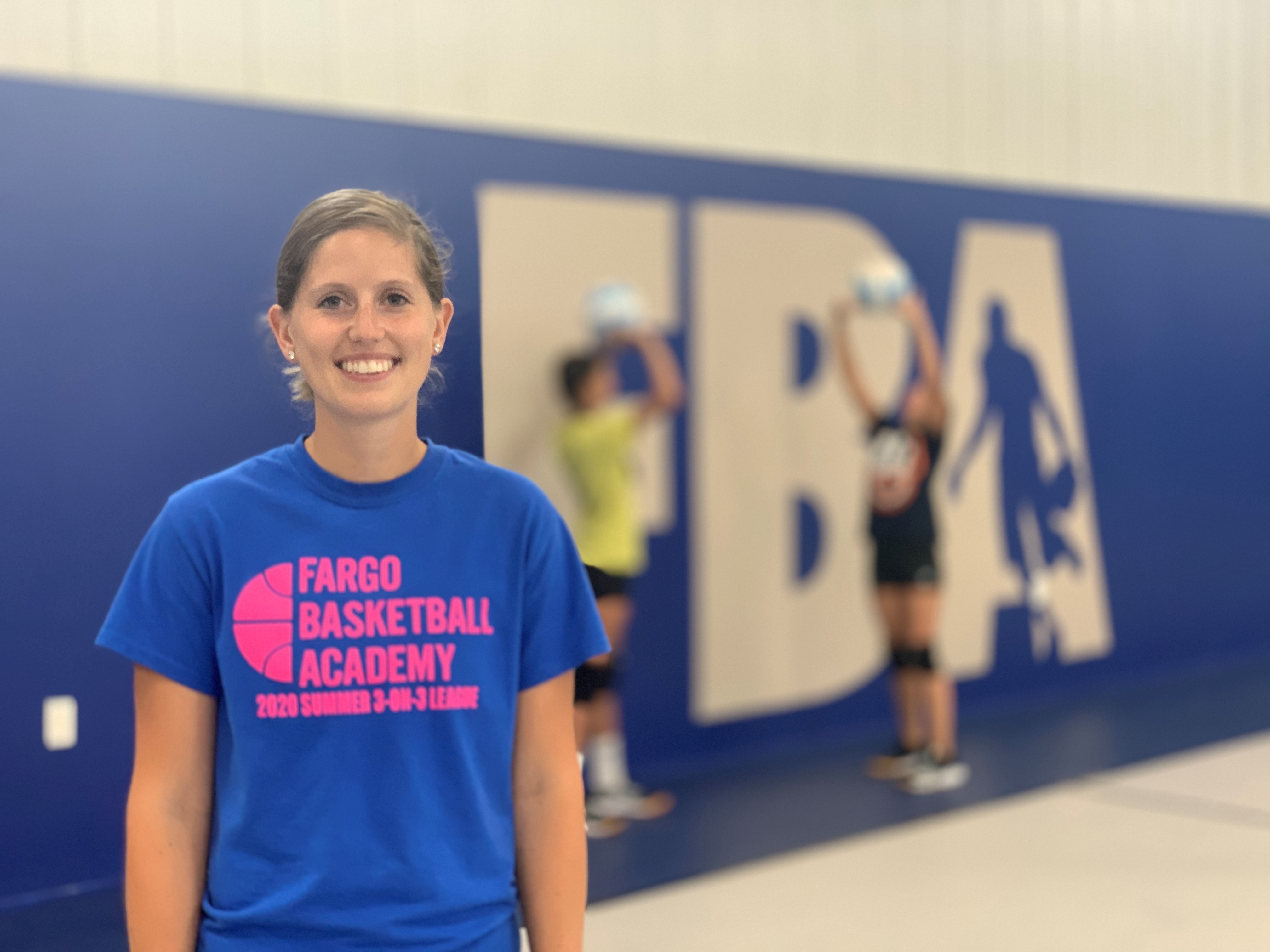 Originally from New Hatford, IA, Morgan won an Iowa Class 2A state championship as captain for a team that went 45-0 and was ranked eighth nationally in 2012. Following an impressive high school career, she became a standout defensive specialist for North Dakota State Univeristy from 2012-2016, where she led the Bison in service aces both her junior and senior year. Married to former NDSU football player Grant Morgan, she is a mother of two and currently teaches family and consumer science courses in Kindred, ND.  Mogan co-coaches many summer volleyball clinics at Fargo Basketball Academy in addition to offering volleyball private lessons.

Moriku Hakim is a current sophomore center at the University of Mary in Bismarck, ND.  Prior to her collegiate play, Mo was played for the Shanley Deacons where she was named to the 2020 Eastern Dakota Conference (EDC) All-Region team. At University of Mary, she is currently majoring in exercise science and psychology while also working on an OT doctorate. At Fargo Basketball Academy, she specializes in working with centers on developing post moves during private lessons. A native of Tuskegee, Alabama, Rory played college basketball at the University of South Alabama from 1977-1982. He was named the Sun Belt Player of the Year in 1979 and earned All Conference honors his sophomore, junior and senior seasons. In 1983, White was honored when South Alabama retired his jersey.

After college, Rory enjoyed a successful playing career in the NBA during which he averaged 7.4 points, 2.3 rebounds and 16.7 minutes per game. Rory played for the Phoenix Suns, LA Clippers and the Milwaukee Bucks.

Rory’s coaching career began when he arrived as head coach of the IBA’s Fargo Beez from 1995-1998, leading them to two league championships during that stretch. In 1998 he was named assistant coach for the Idaho Stampede (CBA), remaining in that role until he was promoted to head coach of the Stampede during the 2000 campaign. The following season saw White post a league high .708 winning percentage, earning CBA Coach of the Month honors in December and January.

White left Idaho in 2001 to serve as head coach for the Fargo-Moorhead Beez, leading them to the National Conference Playoffs and the second best record in the league(25-15). White returned to the helm of the Stampede prior to the start of the 2002 season. In the 2003 season he arrived in Los Angeles as an assistant coach for the LA Clippers. He would coach there until the 2009 season was over. He then was promoted to the head coach position of the Dakota Wizards of the National Basketball Development League. He was head coach there for the next two years.

Most recently White spent time in China as an assistant coach for the Shanghai Sharks of the Chinese Basketball Association. Having played and coached internationally for decades, Rory’s experience is invaluable to his sessions at the Fargo Basketball Academy.

Ryleigh Wacha was a local standout at Davies High school earning numerous high school accolades. She was named all-conference and first team all-state two years in a row, being the only unanimous all-state selection. In addition, she was named both a Miss Basketball finalist and a MIDCO player of the year finalist her senior year. She currently hoops at the University of Mary where she started as a true freshman, averaging over 8 points and 5 rebounds a game.  At the University of Mary, she is studying exercise science and Spanish with a pre-Med concentration. She is dedicated to helping the next generation grow the various aspects of their game while offering private lessons at Fargo Basketball Academy. 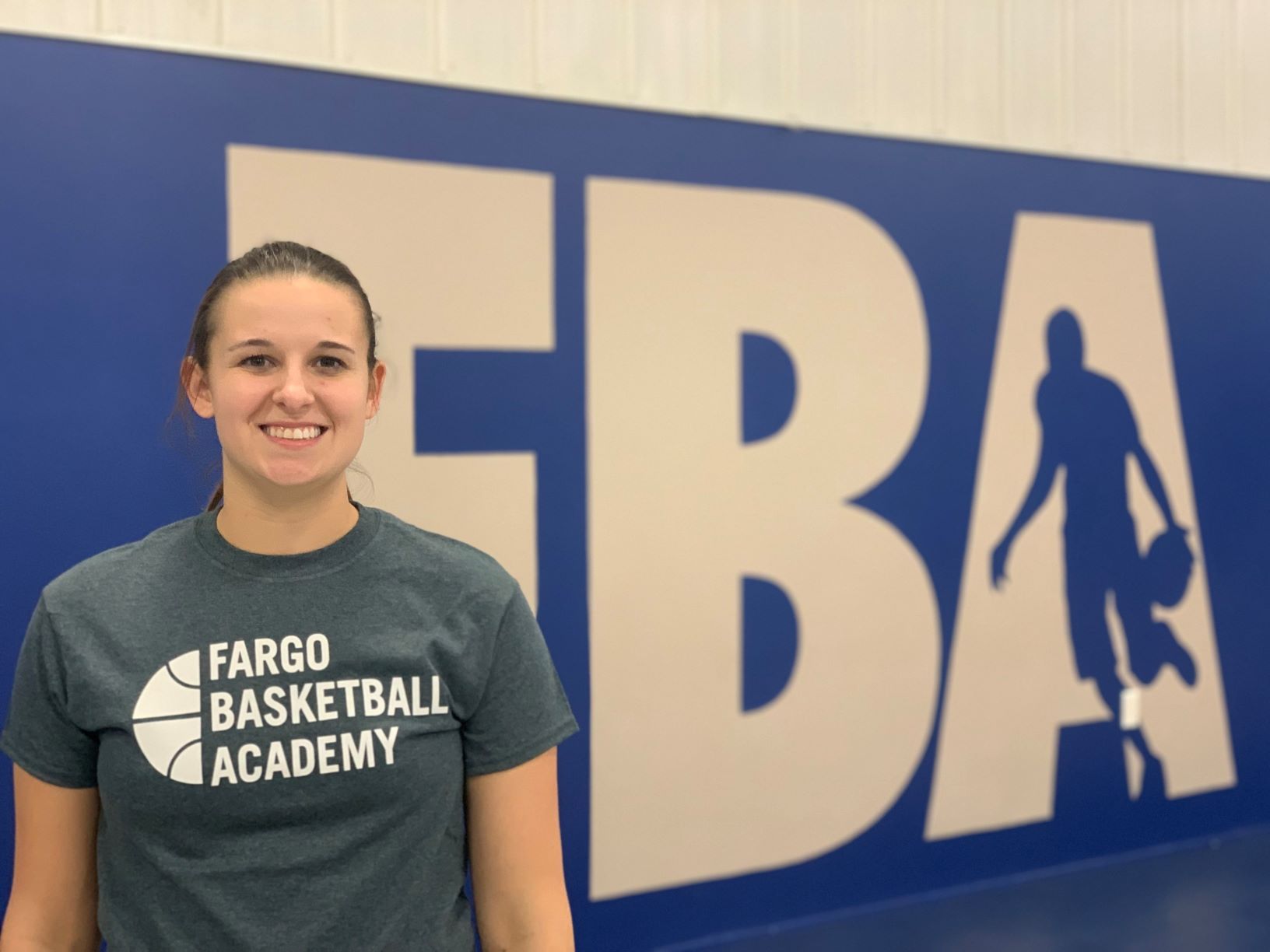 A native of Maddock, ND, Sara excelled in both volleyball and basketball, playing both sports during her time at Lake Region State College, earning 2nd Team All Conference honors in both sports. She later transferred to Valley City State Univeristy where she continued her basketball career as a guard. At VCSU, she earned her degree in elementary education and previously worked as a special education teacher at Legacy in West Fargo. She now co-manages both Shoot360Fargo and Fargo Basketball Academy, where she will also teach classes and offers private lessons for both basketball and volleyball. 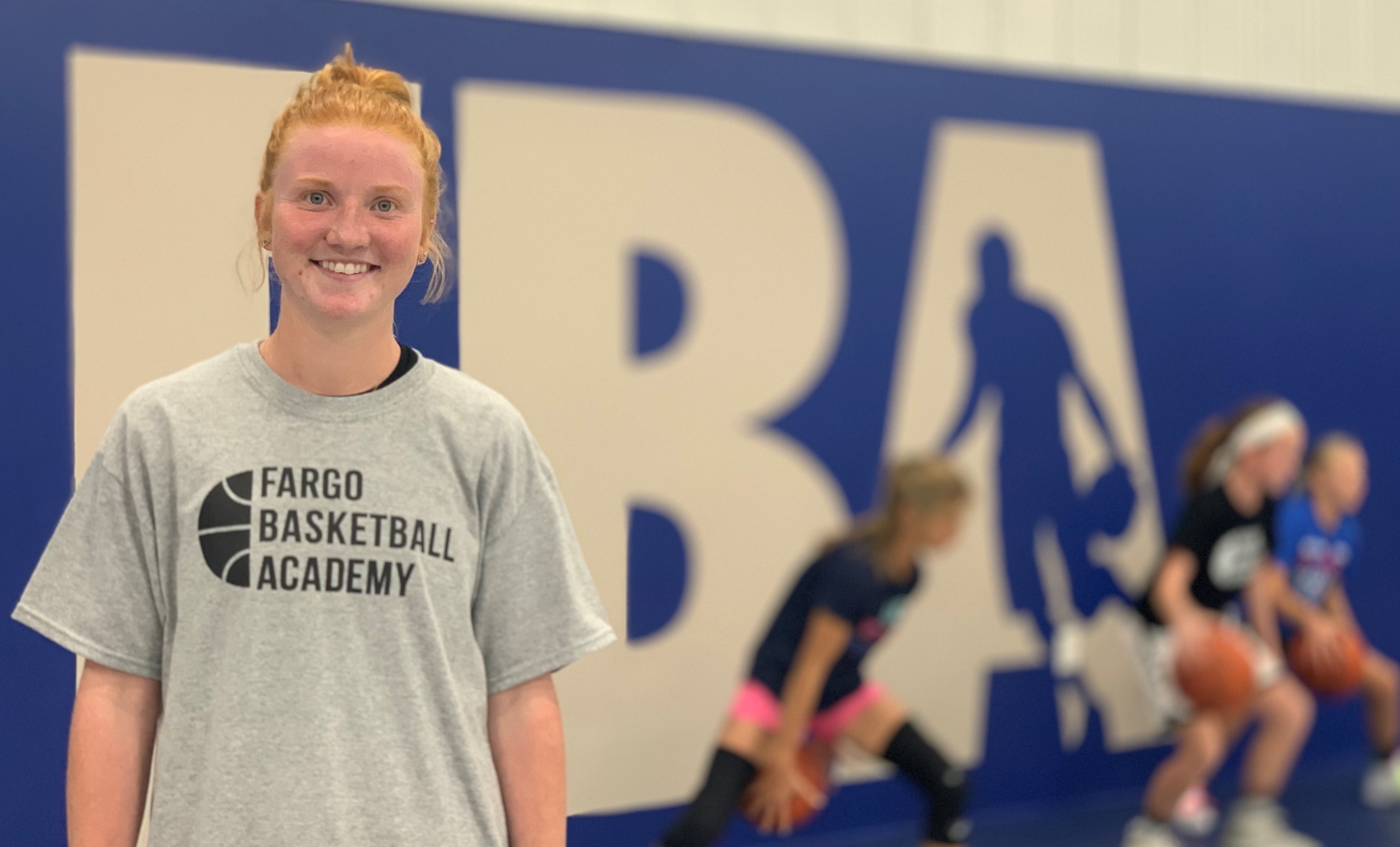 Sarah Jacobson, a Shanley HS (Fargo) standout, was named 2016 Miss Basketball. During her high school career she was a four-time all-state selection honoree and three-time winner of the North Dakota State A Girls Basketball Tournament MVP. She set a Class A high school career scoring record and was awarded the North Dakota Gatorade Player of the Year two times. Following her outstanding high school career, she played her freshman and sophomore seasons at NDSU. During the 2018-2019 season, she led NDSU with 3.9 assists per game which was second overall in the Summit League. She later transfered to MSUM where she is currently playing as a senior starting guard while she attends graduate school.  Sarah offers private basketball lessons in addition to coaching classes and clinics at Fargo Basketball Academy. 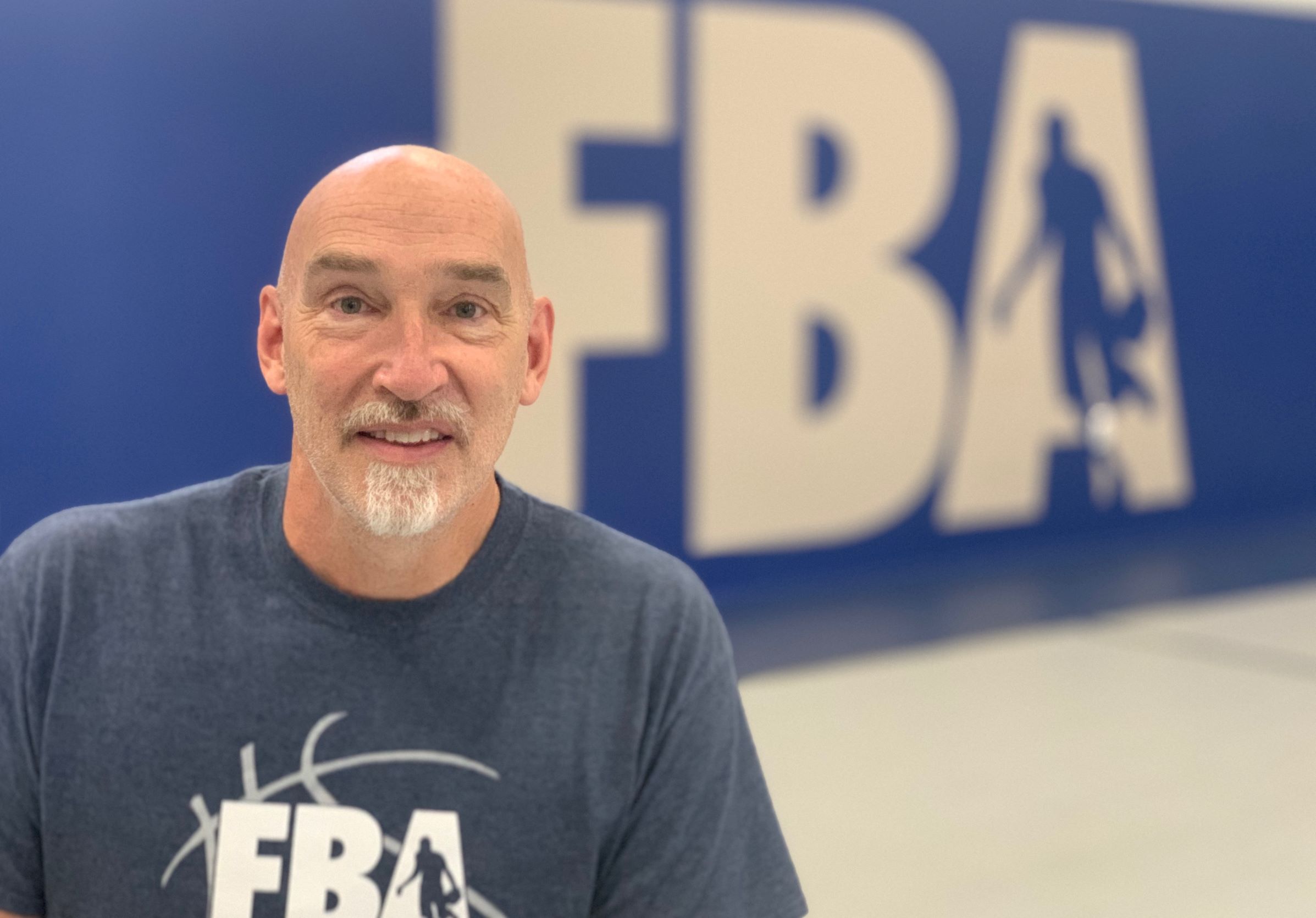 With over 30 years experience with the sport of basketball, including being the previous director of FBA, he has a passion for teaching youth the game. He played basketball for North Dakota State University from 1980-1983.  As a standout for the Bison during his time on the court, he was later inducted into the North Dakota Amateur Basketball Hall of Fame. Tom continues to offer private lessons at Fargo Basketball Academy in addition to co-coaching occasional team trainings or classes.